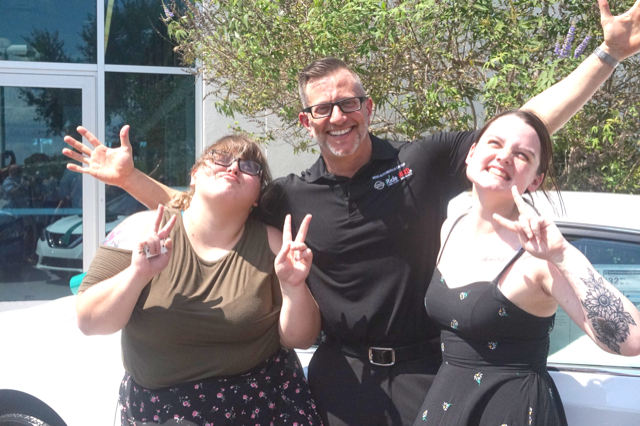 Now in its fifth year, the Cars for Kids program has donated 10 cars to 10 deserving young adults. The most recent recipients – Ashley Roberts, 20, and Hope Fuller, 18 – were surprised with 2019 Nissan Sentras.

“Our partnership with Reed Automotive Group allows us to take on the role a traditional family often provides for young adults when it comes to buying their first car,” said Glen Casel, president and CEO of Embrace Families. “Having reliable transportation is a game-changer for kids trying to achieve self-sufficiency because it eases the challenges of getting to work and school, empowering them to reach their goals.”

Cars for Kids recipient Ashley Roberts has been working to move past the trauma that placed her in foster care. After receiving an A.A. degree from Valencia College in May, she recently started classes at UCF – and she’s had to rely on ride-sharing programs to get to school, work and therapy appointments twice a week. This new car will make it easier and more cost-effective to travel around town.

Like Roberts, Hope Fuller also refuses to let her past dictate her future. She graduated high school one semester early, earning a cosmetology certificate. Fuller obtained her driver’s license through Embrace Families’ Keys to Independence program, created to help teens in foster care maintain a sense of normalcy by supporting them through the licensing and insurance process. By working at a fast-food restaurant, she saved enough money to buy a used car that hasn’t been dependable, but that’s now part of her past as well.

“It’s a joy to see the excitement in the faces of these teens when they hear that they’re getting a new car,” added Aaron Hill, managing partner of Reed Automotive Group. “We’re thrilled right along with them – because we know the impact that owning a car will have on their lives.”

How can you help? 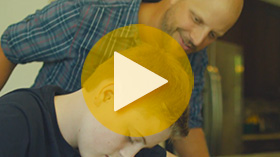 About Community Based Care of Central Florida

As the leading nonprofit organization overseeing foster care, adoption and other child welfare services in Orange, Osceola and Seminole counties, Community Based Care of Central Florida serves more than 3,000 children and their families. For more information, visit www.ProtectAndInspire.org, “like” Community Based Care of Central Florida on Facebook at www.facebook.com/CBCCFL or follow it on Twitter at www.twitter.com/CBCCFL.